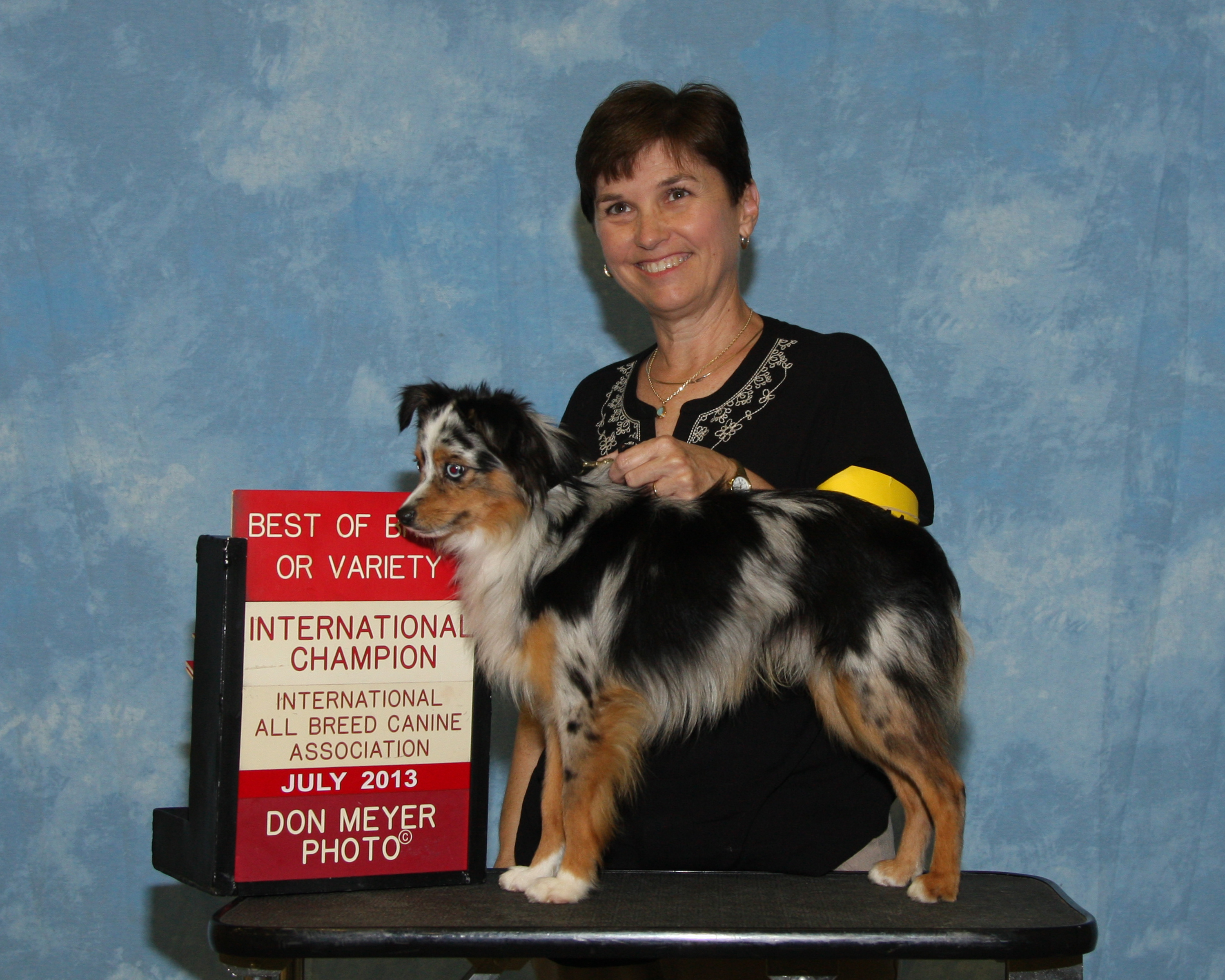 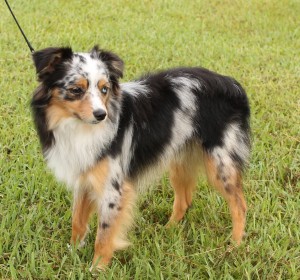 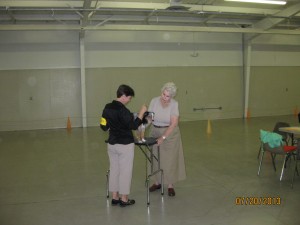 Brags!!  We returned from the IABCA Show in Atlanta with an Int’l CH title for Swagger!!  This was his first time in the ring and I had no idea how he would perform.  Yes, we had practiced, but practice isn’t the same as the environment of a dog show with dogs, some the size of ponies and some the size of rabbits, milling around and people everywhere surrounded by a cacophony of noises that even made me shutter.  Barking, hair dryers, people cheering…all echoing off the walls. Then, add to that a floor as shiny as a mirror.  Yikes!!

An IABCA dog event spans over two days with four shows, morning and afternoon of each day.  Each show is judged by a different judge and the dogs are rated on their conformation to their breed standard with one chosen as Best of Breed.  An adult dog which receives the necessary points is awarded their title at the end of the two-day event.  Swagger is registered as Miniature, but he is just under the 14″ measurement so he can show as a Toy Australian Shepherd.  He is still young and as a male not totally developed at 18 months old.   As he matures, we will repeat the process to move him up the ranks among his breed competitors.

Admittedly, the first morning I was nervous and so was Swagger and it was not his best performance in the ring.  He hesitated a bit as we made our debut to the conformation show circuit, but thanks to a very kind judge as you see in the picture above, he relaxed and decided he was “just fine”.  On the table, he was a perfect gentleman as he was examined, teeth and private parts included.

By the first afternoon show, it was old hat.  The second morning, I really wondered if he would be anxious in a good way or a bad way as we went back into the building.  Luckily, he was a happy camper and seemed to know exactly what was expected.  By the second afternoon when he circled the ring and then posed himself in the lineup, he had a happy face as our admiring group cheered for him.  Did he understand he was in the spotlight?  He most certainly did!

My dogs love to play and work and conformation showing is just the icing on the cake, but not the end of the story.  It made me very happy that four professional conformation judges gave him accolades for his attitude and structure, but I know under that beauty is my little lapdog when it’s raining and my playmate when it’s sunny!  You just can’t beat that!